This scripture is the shortest in the bible comprised of only 2 words. Yet is says so much. Above all else, it shows the love and compassion of our Lord and Savior Jesus Christ. It shows the heart that he has for those who know him. 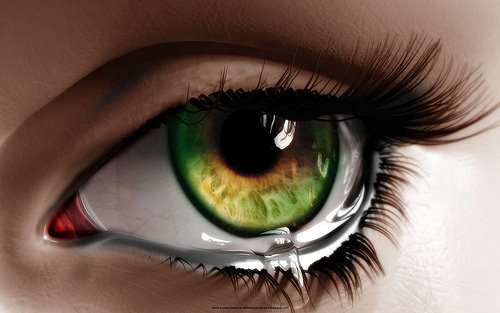 Jesus told his disciples plainly and clearly before even leaving that “Lazarus is dead” and that he was going to raise him from the dead for their benefit, so that they could believe. So this miracle that Jesus was going to perform he did for the sake of his disciples who were traveling with him, and for those who were at the tomb. It tells me that Jesus knew exactly what he was going to do. It tells me that it was a teaching moment that Jesus was preparing for the benefit of their faith.

So if Jesus knew that he was going to raise Lazarus from the dead, why did he weep?  The bible says that he was “when he saw Mary weeping, and the Jews who had come along with her weeping, he was deeply moved in spirit and troubled. So Jesus wept because of the love and compassion that he had for Martha and Mary who were overcome with grief and mourning. It tells me that when we face tough times in the flesh, that Jesus weeps with those who love him.

Prayer:
Dear heavenly Father, thank you for your Word today. We know that you are in control Lore. We know that you are a loving and compassionate God. Thank you for hearing our prayers and for comforting us. We cry out to you Lord to reveal yourself to those who do not yet know you. Help us to walk with you Lord and draw closer to you each and every day. Encourage us and strengthen us in our daily struggles. Help us to keep we might be comforted in our struggles of the flesh. We thank you so very much for sending Jesus to die for our sins Lord, that we can have eternal life. Be with us today Lord and guide our every step, our every word, our every thought. We give you all the honor and glory and praise, in Jesus mighty name. Amen.