When we think of people of influence, who do we think of? Maybe the President of the United States, our parents, our school teachers, our bosses. When we think of people who changed the course of history, we think of kings, generals, maybe some of the wealthy. But more often than not, it’s men and women with little power and no social standing who most significantly reshape the world. 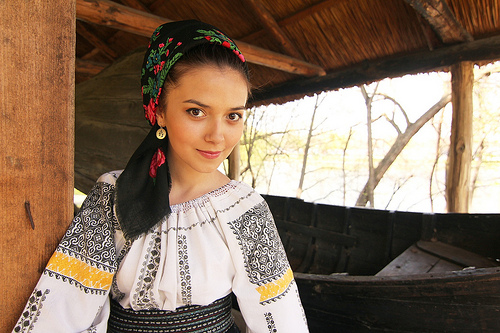 Scripture:
“The midwives, however, feared God and did not do what the king of Egypt had told them to do; they let the boys live.” – Exodus 1:17

Observation/Application:
We all know the story of Moses. Pharaoh declared that all male Hebrew babies were to be killed, because the Hebrews were becoming too numerous and he feared one day they might revolt. But in trying to avoid that situation, he stepped right into the very situation that he was trying to avoid by walking away from God. Pharaoh gave direction to the midwives (verse 16) Shiphrah and Puah, to kill the male babies at birth. But these two women feared God and did not do what the king of Egypt told them to do. They disobeyed human authority when they knew it was outside of the will of God, and stayed obedient in their faith and actions. They ignored the commands of hate and fear, and followed God’s commands to walk in love.

Two unknown ladies, who would be considered of little power and influence by standard definition, followed God. And by following God they allowed God’s will to be done. By their acts, Moses was saved and raised in the kings castle by pharaoh’s daughter (verse 5-6). And through Moses, God led the people out of Egypt and towards God’s promise. By one simple act of obedience, these two seemingly non-influential midwives fulfilled God’s plan not only for the Hebrews, but for all mankind by laying the foundation for the birth of Jesus Christ, God’s one and only Son, who ultimately was born, walked the earth, and sacrificed his life so that all of mankind could be saved.

What is important to learn here is to never underestimate our role in God’s kingdom, no matter how insignificant our lives might seem. We all have a calling, and we all play a very important role in this life and in this world whether we realize it or not. These two midwives never understood while by their simple act of faith and obedience to God that they in fact were saving the world. And we might not understand either. Do we sometimes cry out to God asking him, “why aren’t you using me?” We may not see it, but God is using each one of us, one small act at a time, through our obedience to him.

It’s like when a pebble hits the water… the ripple effect of our one small pebble sends waves that continue on and on in the water. We may never know while we are here on this earth what impact that is. But God has a plan. And just like these midwives, what we say and do in this life has major impacts, even if we don’t see it. Sometimes we are lucky enough to see the impact that we have, and we are awed and amazed, and encouraged. But whether we see it or not, we can be confident and know that when we are following God’s calling, we are having a kingdom impact.

My grandmother taught me this lesson when I was in the elevator talking to her about how I wanted to do something of significance in this life. That is when she explained to me about how late in life after teaching in Sunday school, just volunteering in the church, how 30 and 40 years later people would see her and tell her what a profound influence she had in their lives. She would see families grown, marriages saved, their children growing up in the church, and she was lucky enough and stayed in one church long enough where she could see the fruits of her labor… where she could see the kingdom impact of her seemingly small and insignificant acts of obedience by volunteering in the church.

Today we hop on a plane, and can get around everywhere, quickly. We stay in jobs for a few years and then change jobs. We change churches. We plant seeds and then don’t necessarily get to see the plants grow and the fruits of our labor. It is important to know that what we do matters. Like my grandmother said, the people around us God has placed there for a reason. Don’t discount where you are and why you are there. Don’t take it for granted the church in which you are attending, that you are sitting by the people by who you are sitting, that you happen to bump into someone in the lobby, or the person who walks by and says hello to you. They just might need you. Something that you say to them might be just what they need to hear. Something that they say to you might be just what you need to hear. Something as simple as a smile could make a difference, even save a life.

What we do every day, with the people that God has placed in our lives right now, matters. When we walk in God’s footsteps, in Jesus footsteps, in love for each other, and in obedience to his will in our lives, our lives matter. And as we walk with Jesus at our side, lives will be changed, and our world transformed, through love and kindness, one deed at a time.

Prayer:
Dear heavenly Father, thank you for this amazing word today. Help us to realize that what we say and do matters each and every day. Help us to be obedient to your will and walk in your ways, for your glory. Reveal to us and encourage us Lord, and help us to not grow weary in this race but to be continually strengthened by your Word. Come into our hearts, and fill us with your wisdom and peace, love and mercy, and all good things that come from you. Let your Holy Spirit overflow, and guide our every step, our every word, our every thought, through Jesus mighty name. Amen.

We use cookies to ensure that we give you the best experience on our website. If you continue to use this site we will assume that you are happy with it.OkPrivacy policy