Skip to content
HomeDaily WordLive to Fight Another Day – Discernment

Paul, one of the most saturated in Word and Spirit in his day and since the coming of the Lord Jesus Christ, travels on a ship adorned with the figurehead of the twin gods Castor and Pollux. I think to myself, “wouldn’t this bother him?” I mean, one of the ten commandments is “though shall have no other gods before me”, right? But from what we read Paul doesn’t correct them or even make a comment about the situation. The book of Acts just tells us that he travels on this ship on the way to Rome to appeal to Cesar without muttering a peep about it. And I think there is a great lesson here. 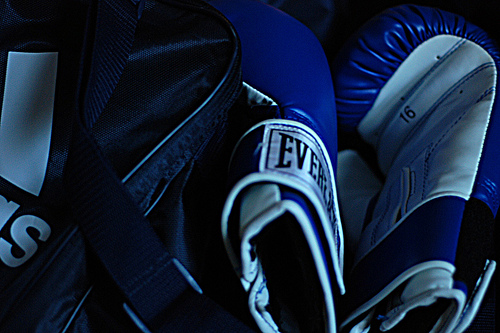 Scripture:
“After three months we put out to sea in a ship that had wintered in the island – it was an Alexandrian ship with the figurehead of the twin gods Castor and Pollux.” – Acts 28:11

Observation/Application:
Paul is living among non-believers everywhere. And he has great discernment about when to exercise his authority in Christ. He has great wisdom to know when to listen and learn, and when to speak and influence. Further, Paul knew that his purpose was greater than to have a little discussion or argument about these other gods on the ship. Heck there were images of gods probably all over the place. It’s not like by having discussions with the people on the ship that they were going to be doing anything about it anyway, right? What were they going to do, cut off these images and paint over it? Something like this would certainly get back to the powers that be and Paul would now have enemies in high places. Instead, Paul delays discussion because he knows that he is going to make a case with the big boss-man in Rome. Now if he can influence the ship’s crew, then he knows that they would have the power to influence greater change among the nations. When we are clear on God’s purpose for us, it is much easier to not waste our breath and our efforts on things that will delay the fulfillment of our purpose.

So in the time leading up to this big upcoming meeting with Cesar, Paul makes the most of what he has got. He is present and builds relationships right where he is, where the Lord places him. He grows where he is planted, first. So when he is a prisoner on the ship, he makes the most of his opportunity and lets the Lord lead him. And when the ship is destroyed by the storm Paul helps save everyone on the ship from starving and drowning (Acts 27:27-44). When they are all on shore and the viper bites Paul and he doesn’t die or even have any serious side effects, he uses this to gain credibility and build relationships – (Acts 28:3-6). When they go into town and he finds someone sick, he heals them. When all of the sick people in town come and he heals them, he gains even more credibility and influence with those taking him to Cesar.

Paul takes the time to do what he can, with what God has given him, in the place that he is, no matter where he is… while he is walking around free, while he is in prison, after the health threat of the viper bite, and when they are all thinking that they were going to die on the ship. What a great example of the freedom that we have through Christ!

So now the people bringing Paul and presenting him to Cesar really like him and have nothing but praise for him, setting him up for success in his greater purpose in this meeting with Cesar. Paul just follows God’s instruction, and lives in God’s awesomeness. You’ll see in Acts 28:8 how before Paul heals the sick, he prays first, then places his hands on the sick, and they are healed. After this Paul and everyone around Paul gains favor. So in this obscure verse that talks about the ship that Paul travels on, I can’t help but think about how this applies to today. We walk among the sick, among the lost, among all kinds of people who do not know our lord Jesus Christ, our Savior. They don’t know the Creator, the truth and the light. They don’t know our God. And this can be frustrating, knowing we have so many to reach, and so many who need to be saved. But we must be wise. There is a time and a place. Paul takes virtually every moment to share the word, to bring others to Christ. But he is not so caught up and disturbed by the fact that he can’t control himself and he just goes around being upset and judging everyone. You don’t hear him say, “I can’t travel on that ship because it has other gods engraved on it.” Instead he let God take care of that situation and let the storm demolish the ship.

We live in a world today where if we got flustered and rebuked idolatry everywhere, that is all we would be doing all of the time. True God’s people are special, and are to be set apart and holy. But that doesn’t mean that God wants us to think that we are better than everyone else, and look down on everyone else. Remember blessed are the humble. The model God gave for us is Jesus Christ, who walked side by side with saints and sinners alike. He wants us to be an inspiring example and light unto the world to bring others to Him. He wants us to be a positive influence to those around us. He wants us to walk in love.

Let our light shine bright, through the knowledge of the Word of God, and by the power of the Holy Spirit.

Prayer:
Dear heavenly Father, thank you for this wonderful word today. Help us to be a light unto others, and a positive influence in this world. Give us discernment to know when we are to speak, and when to keep our mouths shut. Help us to live to fight another day. We know that sometimes we just need to be still. We know that sometimes we just need to breath, and let your Word grow in us. Grow us in faith, love, understanding, peace, wisdom, discernment, and the power of the Holy Spirit so that we too will appear before princes, kings, presidents, and those who you choose to allow us to witness to. Let your Will be done heavenly Father, and we receive these gifts in the name of Jesus Christ, Amen.