Skip to content
HomeDaily WordGod Revealed Past and Present

Paul is closing out his letter to the Romans here and speaking about the gospel of Jesus Christ. He points out that the message has been “hidden for long ages past”, but is “now revealed… by the command of the eternal God”. Paul experienced God’s revelation. He was given divine insight that comes only from God. His revelation came through prophetic writings that helped him connect the gospel of Jesus Christ with God’s word through to the earlier writings of the prophets. This is supernatural revelation. 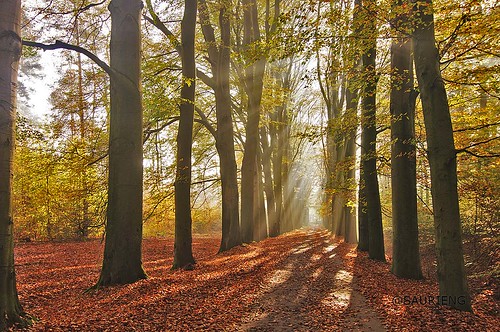 Scripture:
“but now revealed and made known through the prophetic writings by the command of the eternal God, so that all the gentiles might come to the obedience that comes from faith” – Romans 16:26

Observation/Application:
Supernatural revelation can only come from God. You can’t get this from any university, doctoral study, or any pastoral college. Divine revelation comes direct from God. What this tells me is that God does reveal things to us directly. He is at work in our lives when we seek him. God is always there for us because he loves us. He loves us so much that he sent his only Son to walk on this earth and to sacrifice himself for us to wash our sins clean.

Revelation builds our faith, while faith helps us to walk in His ways and to be obedient to His call in our lives. I believe to the core that God does reveal himself to us, if we seek him. Scripture supports this thought, and I have been fortunate enough to see it in my life.

The first way that God reveals himself to everyone is through life, nature, and God’s beautiful creation. In Romans 1:20, Paul says that “For his invisible attributes, namely, his eternal power and divine nature, have been clearly perceived, ever since the creation of the world, in the things that have been made. So they are without excuse.” And why wouldn’t God’s creation be proof enough of His existence. All of this didn’t evolve from nothing.

Besides nature, our conscience tells us that God exists. (Romans 2:14,15). All societies have a certain moral code built into them in which stealing, lying, murder, etc. are universally condemned. Humanity’s sense of right and wrong testifies to God’s existence. The bible tells us, “For when Gentiles, who do not have the law, by nature do the things contained in the law, these although not having the law are a law to themselves, who show the work of the law written in their hearts, their conscience also bearing witness, and between themselves their thoughts accusing or else excusing them.”

And the fourth way that God reveals himself to us is through scripture. This is my favorite tried and tested source. In 2 Timothy 3:16 we read, “All Scripture is given by inspiration of God, and is profitable for doctrine, for reproof for correction, for instruction in righteousness.” Every time that I read scripture God gives me exactly what I need. It wasn’t that way from day one; it took some time for me to understand and hear his voice. Not hearing from God when you read the Bible? Be encouraged, God will reveal himself to you through scripture the more time that you spend in His Word.

So we know that God reveals himself to us. But the burden of experiencing this revelation is totally upon us. God’s work is already done. We just have to walk in the goodness that God has already created. And the key to doing this is through our faith and continually washing ourselves clean in the Word. Without faith, we have scales on our eyes and we cannot see what is right there in front of us. God is always there and always at work. And as our faith increases, we are able to see God at work.

Further, as our faith increases the power of the Holy Spirit is unleashed. This is when all things become possible because it is God at work in our lives. Hebrews 11:6 says, “And without faith it is impossible to please God, because anyone who comes to him must believe that he exists and that he rewards those who earnestly seek him.”

So it all starts with faith. It can be faith the size of a mustard seed to start. All God needs is a little faith to get started. Matthew 17:20 says, “Truly I tell you, if you have faith as small as a mustard seed, you can say to this mountain, ‘Move from here to there,’ and it will move. Nothing will be impossible for you.”

God has already revealed himself to us in many ways. But when we introduce a little faith into the equation, it’s amazing to see the power of God come to fruition.

I call you blessed.

Prayer:
Dear heavenly Father, thank you for your Word today. Thank you for the supernatural revelation that only comes through You. Help us to be open to your Word, that it might grow from the size of a mustard seed to the size of a Sequoia. Let your Holy Spirit flow in and through us, delivering us from evil in our every thought and action. Help us to walk in your Presence today, as we are soon to face the enemy and temptation. Fill us with all of your goodness, that there is no room for the enemy to take root. We give you all the honor and glory and praise, in Jesus mighty name. Amen.