Skip to content
HomeDaily WordWould We Recognize Jesus If He Were In The Room?

After Jesus was crucified, died, and was buried, the disciples of Jesus were downtrodden, sad, confused. The one who was supposed to save their nation was just taken away from them. All was lost. They were like, “what just happened?” Jesus could see that they were confused so he appeared to them. As two walked along the road to Emmaus, Jesus came up and walked along beside them… 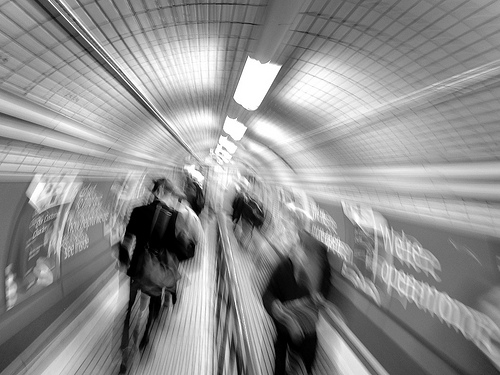 Image courtesy of: Nick Kenrick.(mostly off until February.. India )

Observation/Application:
So there Jesus is walking along side of them and talking with them, but they didn’t recognize him. Simon didn’t recognize him and he spent every day with Jesus for 3 years. Do you think it is possible that Jesus comes and appears to us when we are in need, and maybe we just don’t see it like Simon? Certainly if it happened to Simon who spent every day with Jesus for 3 years, it likely happens with us!

And if Jesus appeared to us, would we even know if he did? The disciples didn’t get it until he took bread and began to give it to them, one of the last things he did with them as a group before he was crucified. Jesus said to the, “How foolish you are, and how slow to believe all that the prophets have spoken!” And if his disciples were foolish, how foolish are we Lord? How foolish are we?

Jesus then appears to them all because he knows that they won’t believe until they see him with their own eyes. They won’t believe until they see the holes in his hands, and the hole in his side. This wasn’t a ghost that appeared to them. It was Jesus in the flesh, who sat and ate with them. Then he said, look, you finally understand, you finally believe, now hang out here and I am about to give you your super-powers that my Father has promised (Luke 24:49) – until you are clothed with power from on high. How cool is our God that he gives us super-powers from on high?

How slow are we to believe? How often has God appeared before us in our lives and we not seen it? God reveals himself to us all the time, do we see it? Do we know him? That person on the street corner, that stranger in the store, the dream that I had – were those all just circumstance and coincidence? That blessing that I just received, where do we think that came from?

God created all, and rules over everything. And the more time that we spend in the Word and in prayer getting to know Him, the greater the chance we will recognize His face. God promises that “I will be with you”, so we know that God is with us. He also says, “Seek and ye will find.” So when we seek Him with all our heart and mind and soul and strength, we can be confident knowing that He is with us and will reveal himself to us. Let’s do our best to recognize him when he does.

Prayer:
Dear heavenly Father, thank you for your awesome Word. Thank you for convicting us to spend time with you each and every morning, and to give you the first moments of our day. Help us to seek you and draw close to you, that we might recognize your face. Fill us with your power from on high, that we might walk in your power, and grace, and love, and forgiveness, and goodness, and righteousness, and be a light unto others. Bless us with your all of your goodness. We receive You and all of your blessings, in Jesus mighty name, Amen.