The chief priests, teachers of the law, and the elders tried continually to trick Jesus, to trap him in his words, and to silence him. But they could not. Every time they came at him, he gracefully navigated the discussion. There are numerous examples of this when Jesus arrived in Jerusalem but I want to focus on the time when they asked him if he should pay taxes to Cesar. They were certain that they had him trapped. If he answered that they should pay taxes, then they could label him a traitor to their people since he would be submitting to the Roman authority. If he answered no, then they could turn him in to the Roman’s as a rebel against their authority. They thought they had the perfect plan. But Jesus saw through their duplicity, and said… 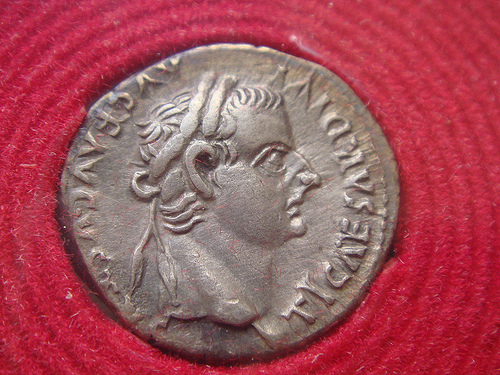 Another great example is when they were talking about the instructions from Moses on marriage and how when a man dies and leaves a widow now his brother should marry her and make children with her to honor his brother. In that story there are 7 brothers and all of them marry and die and are unable to give her children. They ask him then in heaven which of these men will be her husband? None of the wisest priests and elders of that time had the answer. And Jesus tells them in verse 34-38 that in heaven they will neither marry or be given in marriage. They are children of God, not property of each other. And further, they are not dead, they are alive! God is not the God of the dead, but of the living, for to Him all are alive. There is no death to God!

When we have the mind of Christ, we have a mind that transcends human understanding and sees things from an eternal perspective… from God’s perspective. Want wisdom? Get God! Like Joseph who had the wisdom to interpret dreams and he predicted the 7 years of abundant harvest to be followed by 7 years of famine, God can give us the wisdom to buy the right stocks and make the right moves in our finances, in our marriage, at work, with our health, and in taking care of ourselves… in everything! Our God is awesome! All powerful, all wise, almighty! And WE are HIS children! He loves us.

Want more out of life? Get God!

Prayer:
Dear heavenly Father, thank you for your wisdom that surpasses all human understanding. We surrender ourselves to you father God, and ask that you fill our hearts with your love, and fill our minds with the peace and wisdom that allows us to transcend human understanding and be filled with your wisdom. We give all honor and glory to you, and we receive these gifts in the mighty name of Jesus Christ, Amen.